Anna Reich: The grass outside our homes

Anna Reich: The grass outside our homes Brochure


Anna Reich is Assistant Professor of Photography at Augustana University in Sioux Falls. The exhibition contains selections from two series of documentary photographs she has taken of military personnel. One presents scenes imagined by young soldiers prior to basic training; the second visits retired soldiers many years after their war experiences.

The series titled Everything was Beautiful and Nothing Hurt presents young American men who had enlisted in the military but had yet to report for duty. Wearing authentic U.S. military fatigues from World War II, they enacted the events they anticipated experiencing in Iraq and Afghanistan before they deployed in 2008.

Anna’s more recent series, Lithuanian Afganai, is a photographic and interview project in Lithuania. This project examines the lives of Lithuanian Veterans of the Soviet War in Afghanistan from 1979-1989 and through their reassimilation into Lithuanian society. The Lithuanian veterans respect the plight of American Vietnam veterans, in Anna’s words, “feeling camaraderie in the public perception of the wars in which they fought as well as their post-war treatment.” The Lithuanian veterans have also watched as Lithuanian troops have been sent (back) to Afghanistan as part of NATO support of the United States.

The exhibition of both series in one space allows viewers a chance to think about the perception and impact of war and combat-related stress on soldiers. 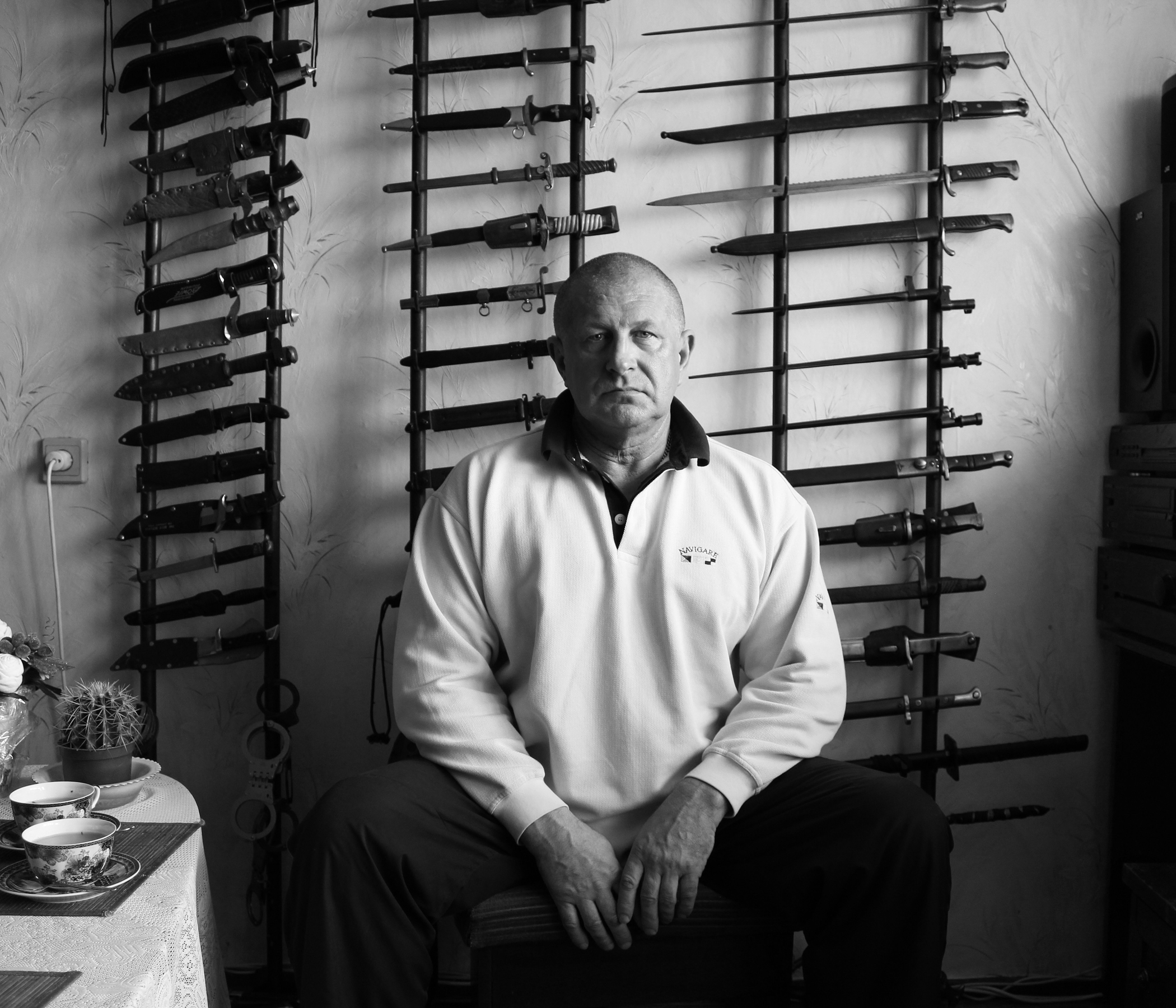