Bilhenry Walker of Eau Claire, Wisconsin, has been making fantastic sculptures for more than fifty years. He began making art in California, influenced heavily by his exposure to the work of Robert Irwin and Doug Wheeler. Irwin and Wheeler were at the forefront of artists using light, a movement that became known as Light and Space. Bilhenry’s earliest explorations of art and materials were wall-mounted sculptures made from sauna tubes. These sculptural paintings, or painted sculptures, are lit from the side so that the cast shadow becomes an important part of the visual experience. Throughout the 1970s, he continued to explore the impact of light by creating paintings on Plexiglas, in this case using light to make the painted surfaces appear to float away from the wall. In 1980, Bilhenry began creating cast sculptures using resin to make his works larger and thicker. Using the translucency of the resin, he would embed objects such as stones or other objects made from resin. These sculptures, often freestanding or suspended in the air, glow when lit and produce surprising and beautiful effects. 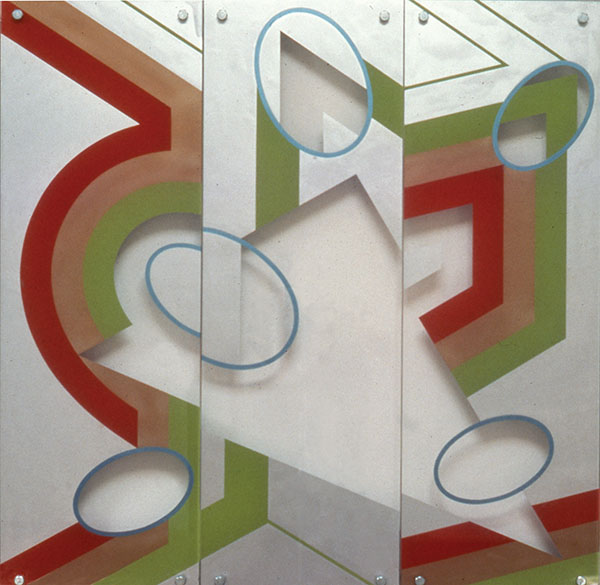