The wood carvings from the Mexican state of Oaxaca in this exhibition are part of a longstanding tradition for creating folk arts and crafts. Mexico in general and Oaxaca specifically have produced varieties of textiles, ceramics, sculptures, and other art forms for many years. Most often, these art forms continue with the skills and designs handed down from generation to generation. However, the tradition of creating wood carvings is relatively young in Oaxaca. Individual artisans in a few small towns began making wood carvings during the mid-20th century. These sculptures did not become widely known or popular until the 1980s.

Households in small towns such as San Martín Tilcajete and Arrazola are more likely than not to have at least one person, if not the entire family, earning money through the creation of these sculptures. Each artist or family has developed unique subjects, patterns, and colors to distinguish their work from those of other households. The exhibition includes everything from common and fantastic animals to religious figures and scenes from everyday life. 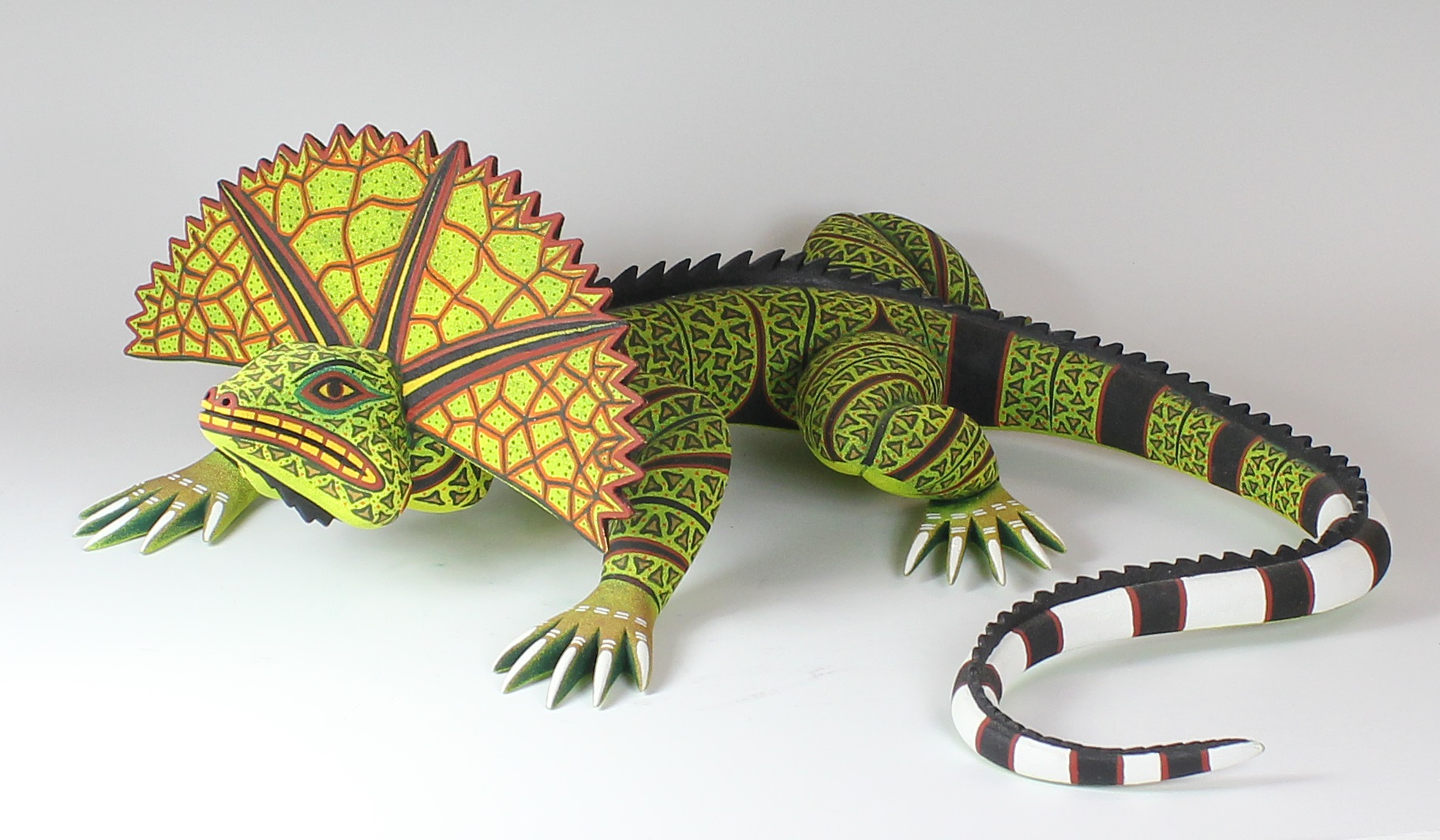