Magnetic West: The Enduring Allure of the American West


From the Mississippi River to the coast of California, America’s West has long been viewed as the birthplace of the American identity forged during the settlement of the region in the 19th century. The medium of photography has played a prominent role in the West’s development—often as a tool to promote the region as a “land of opportunity” and contributing to the myth of the region as an Edenic wilderness untouched by man. Beginning in the 1850s, photography came to document every aspect of Western life including the conflicts that arose as Indigenous communities were forced from their lands.

Some of the most significant photographers from the 20th century found their voice in the Western landscape, including Ansel Adams, Laura Gilpin, and Edward Weston. During the Great Depression photographers like Dorothea Lange and Walker Evans, hired by the Farm Security Administration, documented rural and urban living conditions across the country. Appearing in newspapers and magazines at the time, their photographs revealed the plight of the unemployed and destitute, raising awareness and encouraging government action. This human centered approach with its increased interest in the documentary form would have an impact on later generations of photographers. It also countered, somewhat, the influence of Ansel Adams and his preference for sublime, unpeopled landscapes. Adams drew heavily on 19th century sensibilities found in the works of early photographers like Timothy O’Sullivan and Carleton Watkins. O’Sullivan, Watkins, and others served on the Government topographical surveys of the 1860s and 70s. Their images often focused on unpeopled and idyllic wilderness, at a time when Native Americans were being removed from the land.

The generation that followed Adams forged new ground, turning away from the pristine landscape to the built environment and the places where the two intersected. Photographers like Robert Adams, Eve Sonneman, and Henry Wessel, favored a more realistic, less abstract view of the world, finding interest in their everyday surroundings. The social and political movements of the 1960s and 70s inspired yet another group of photographers like George Rodriguez, Elaine Mayes, and Nacio Jan Brown who focused on the antiwar protests of Los Angeles and Berkeley, the farm worker’s movement, and the Summer of Love. Photography as an art form was no longer fixated on the landscape.

In the decades since, Black, Latino, and Indigenous artists have come to the fore to challenge the myth of the “West That Was” born in the literature of the 19th century and captured in photographs and Hollywood films. Photographers like Cara Romero, Wendy Red Star, and Zig Jackson have used photography to confirm the modern Indigenous identity of the West. Others like Mike Jones, Star Montana, and Masumi Hayashi have created bodies of work born from a desire to make their experiences and communities visible, giving agency to the marginalized and expanding the view of the West as it is today. 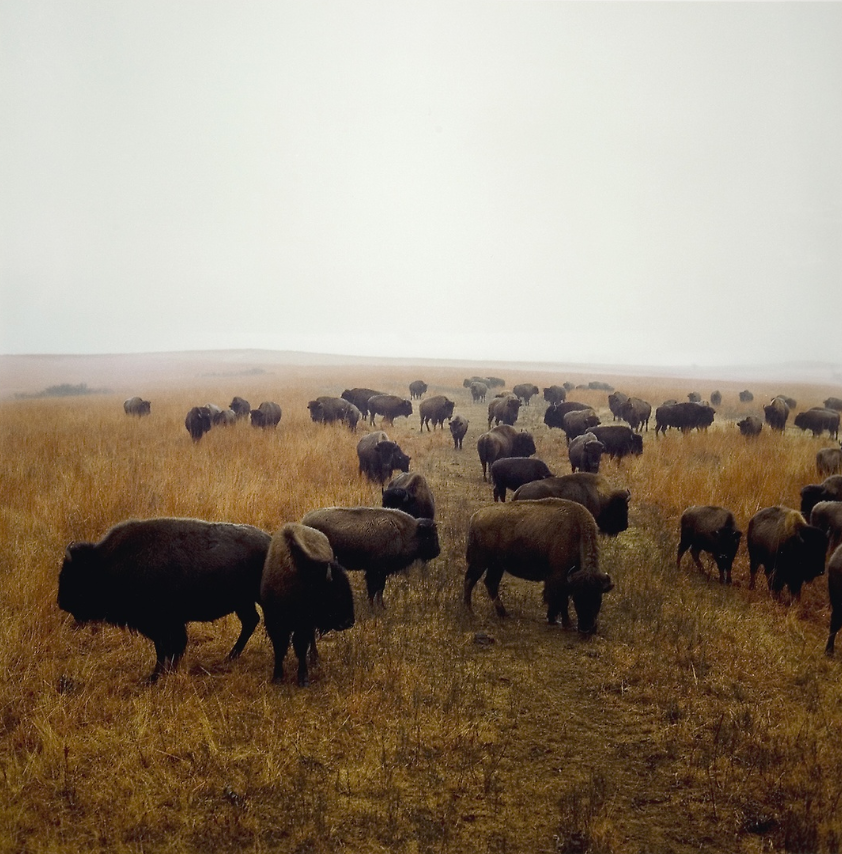