Sioux City Art Center Selects is a regional juried exhibition, open to all artists in Iowa, as well artists living within 300 miles of Sioux City. Artists were asked to submit a body of work, which was judged by the quality and consistency of the artworks and by how well they reflected the artist’s stated ideas. The Art Center’s director and curator selected eight artists. The curator then visited and worked with each artist to bring a cohesive group of artworks for this exhibition.

The exhibition presents visitors with a glimpse into how some artists in our region are thinking right now. We are fortunate to live in a region with an abundance of creativity! The artists represented in this exhibition have been influenced by: a relationship with an aging father; trees, rocks, and land through Asian ink painting traditions; the impact of unintended marks and gestures; still-life traditions and objects with personal meaning; applying a scientific method to documenting fallen acorns and acorn caps; the spatial differences that occur when visualizing minute details within the scope of our universe; a Nebraska childhood reviewed from a distance; and, the good and bad sides of human nature symbolized by animals.

Just as the exhibition represents diverse ideas, it also includes many different materials: paintings and drawings made from acrylic and oil paint, pastels, chalk, graphite, and charcoal used on paper, wood panels, and canvas; photographs in both color and black-and-white created through digital processes and traditional darkroom methods; wall-mounted sculptures and those sitting on pedestals that have been constructed from wood, paint, a variety of found materials, and cast polyurethane; and, thousands upon thousands of acorns.

In a general sense, Dana Fritz is a landscape photographer. She uses traditional darkroom methods, including the blending of multiple negatives, to construct photographic prints that are as mysterious as they are beautiful. Recent experience in Japan has influenced her compositions, with the white negative space playing as important a role in the final work as the trees, rocks, and land. Dana is professor of art at the University of Nebraska-Lincoln. She received her Master of Fine Arts degree from Arizona State University and her Bachelor of Fine Arts degree from the Kansas City Art Institute.

While most of what we see in the works of Rick Johns is acrylic paint, he uses materials such as graphite, charcoal, chalk, and pastel to add marks that appear slight, random, or otherwise insignificant. But as Rick says, “For me, it is the unintended gesture or the unpretentious mark that holds the most value.” Marks that would be lost in a more densely packed painting are brought to the foreground. The result is that these marks hold our attention and become “what creates the structure that holds the work together.” Rick received his Master of Fine Arts and Bachelor of Fine Arts degrees from the University of South Dakota.

Sherry Leedy creates beautiful still-life drawings using pastels and charcoal. She fills her works with complex arrangements of objects, often beginning with a single object that is especially meaningful, precious, or fragile. The titles of the works often indicate the inspirations for her works. The colors and sense of light that she is able to achieve are simply stunning. Sherry is the owner and director of Sherry Leedy Contemporary Art in Kansas City, one of the Midwest’s leading galleries. She received her Master of Fine Arts degree from the University of Kansas and her Bachelor of Fine Arts degree from the Kansas City Art Institute.

Some artists’ projects are easy and quick to describe. Guy Loraine’s project, Fuller & Grand, is not one of those. Ultimately in Fuller & Grand, Guy has produced photographs of acorns. But the photographs, as remarkable as they are, were not necessarily the goal of his project, as you can read from his statement. Sometimes, a plan can lead to a desirable, predictable conclusion. Sometimes, even the most carefully controlled plan can lead to uncertainty and questions. Read the label information to learn more about each component of Fuller & Grand. Guy received his Master of Fine Arts degree at the University of the Arts in Philadelphia, his Art Education Certificate at Towson University in Towson, Maryland, and his Bachelor of Fine Arts degree at Maryland Institute College of Art: Baltimore.

Daniel Perry has made a great variety of sculptures since completing graduate school ten years ago. Some of them are floor sculptures that include parts he made that mimic construction materials such as sawhorses and cinderblocks. He has also received commissions for large outdoor sculptures. The works selected for this exhibition usually begin with a basic wood form that is reminiscent of interior architectural details such as mantels or balusters. Dan is an excellent carpenter and sometimes enjoys experimenting with familiar shapes. From there he lets his imagination flow, as common wood objects are transformed through the addition of found objects and plastic into sculptures that are anything but common. His craftsmanship is so good that his unusual blending of materials seems perfectly natural. Look carefully as some of his most unexpected details are the smallest. Daniel is a sculpture professor at the University of Northern Iowa in Cedar Falls. He received his Master of Fine Arts degree in sculpture from the University of Nebraska-Lincoln and his Bachelor of Fine Arts degree from Buena Vista University in Storm Lake.

David Sebberson grew up an hour south of Sioux City in Oakland, Nebraska, and his ongoing series, A History of the Plains, is inspired in part by his childhood. The crisp geometry of his landscapes comes from both the wide, distant vistas of the Plains and the architecture of traditional farm houses. In applying a contemporary style to the long tradition of landscape painting, David displays an awareness of the complexities of life in the Plains that go beyond simple stereotypes. David is a professor in the art department at St. Cloud State University in St. Cloud, Minnesota, and has spent many years as the chair of the department. Prior to that, however, he was a professor of English at St. Cloud State University. He received his Ph.D. in English from University of MarylandCollege Park and his Bachelor of Arts degree in English from Gustavus Adolphus College in St. Peter, Minnesota. 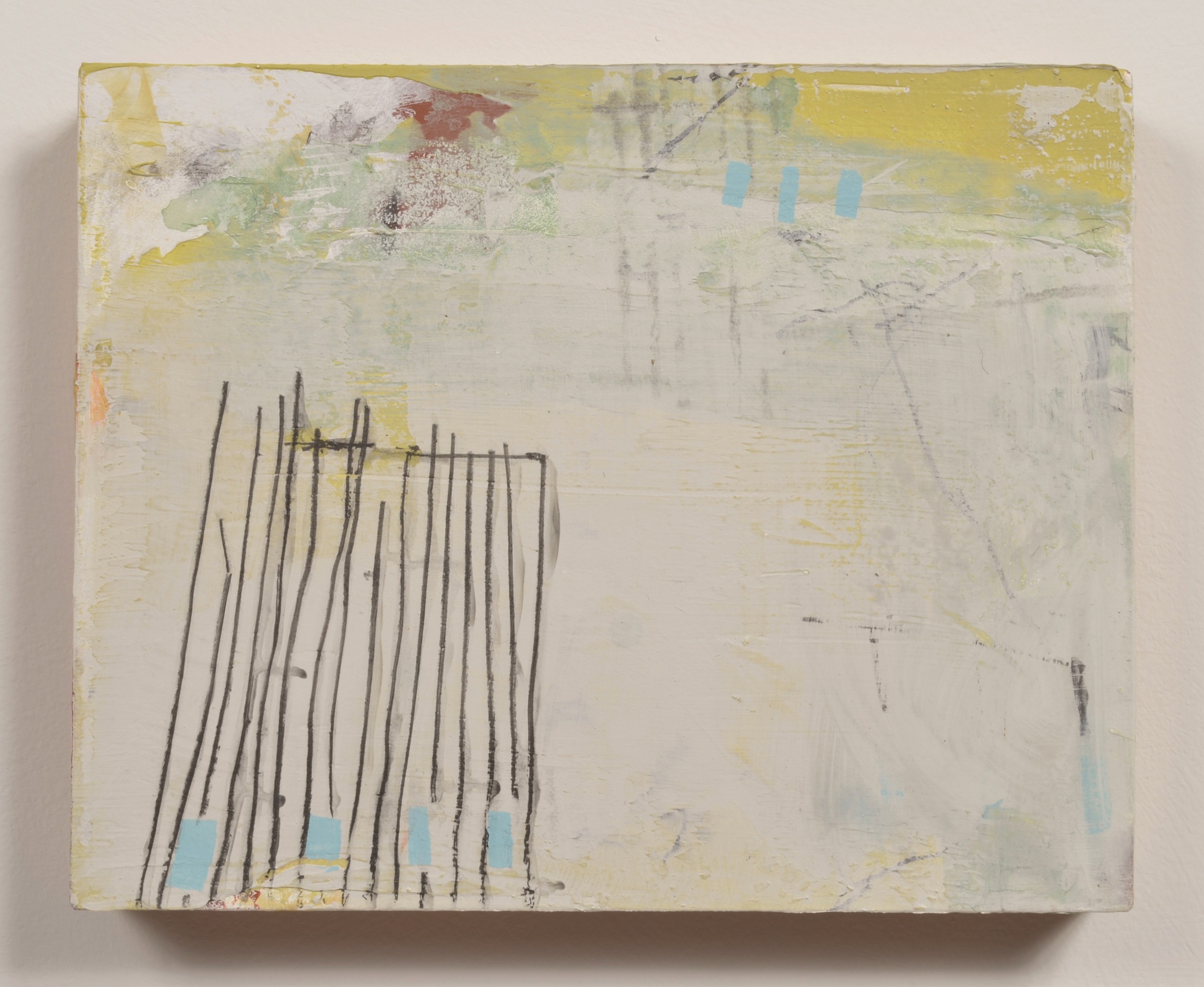