Jim Goff (1920-2007) was born in Two Harbors, Minnesota, and moved with his family to Sioux City as a child. After graduating from East High School, he enlisted in the Army Air Corps, remaining until the end of World War II. Then he returned to Sioux City, where he received a degree from Morningside College in 1950. He then received a master of fine arts degree from Drake University in 1957. For 29 years he taught art at East High School, while also teaching classes at the Sioux City Art Center and Western Iowa Tech Community College.

While he was beloved as an art teacher, this exhibition celebrates his career as one of Sioux City’s finest artists. He began painting seriously during the 1960s. Best known for his landscapes, Goff based most of his art on the environment in and around Sioux City, developing a style that represented perfectly the sense of quiet and solitude that is still found in rural Siouxland. The Art Center will work with many of the dozens of private collectors of his watercolors in the Siouxland area to bring together the best examples of his work. 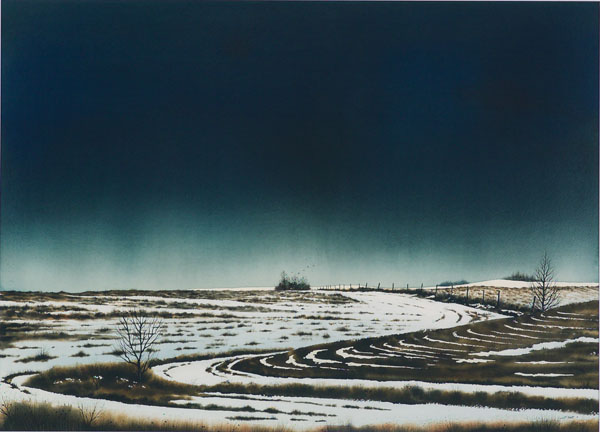