The Sioux City Art Center is proud to announce that a new mural for its Gilchrist Learning Center’s walls has been completed and installed. The mural, consisting of two sections each measuring 7’6” x 35’, will be visible to both pedestrians and drivers on Pierce Street between 3rd and 2nd Streets. The plan is for the mural to remain on view for two years.

The Art Center began this project by contacting Amber Hansen, assistant professor of art at University of South Dakota, who specializes in community-based public art projects. Ms. Hansen partnered with Reyna Hernandez, Yazmin Moktan, and Sonia Perea-Morales, who were either graduate students or staff members at USD. Together, the four of them created a plan to work with Sioux City high school students to conceive and paint one or two murals for the two 40-foot walls of the Gilchrist Learning Center that face Pierce Street. In late 2021, these four lead artists visited with art students in Sioux City high schools to recruit students for the project.

Conceptual work began in early 2022, with the students thinking about issues of special importance to them and their peers. The processes used to help develop ideas ranged from visiting the Sioux City Public Museum to writing poetry, drawing, and sharing experiences of living in Sioux City. Once these initial preparations were completed, the lead artists and student leaders worked toward developing overarching themes. The themes that surfaced were often centered around mental health and identity formation. Conversations during this part of the process included perceptions of self and critiques of socio-cultural influences such as social media, beauty & wellness standards, and structural inequalities.

Painting on the enormous canvases began in May in Gilchrist Learning Center studio spaces. The murals began with creating two different environments, one dystopian and the other utopian, in which the artists explore the channels through which we internalize the impacts of external pressures: through the head and the heart. The left panel features a setting that is primarily underwater and features a central image of a submerged head of a statue; this panel represents fear, anxiety, and insecurity. Meanwhile, the setting of the right panel is above ground and into the sky, featuring a central image of a heart; this panel represents the world we want to see and our truest aspirations.

The mural was presented by the students to their families and friends at a private reception on Saturday, July 2. Plans are for it to remain on view for two years.

Funding for this project came from the Art Center Association General Endowment donated by the Joseph G. Stroup Estate, the Gilchrist Foundation, and the Iowa Arts Council. 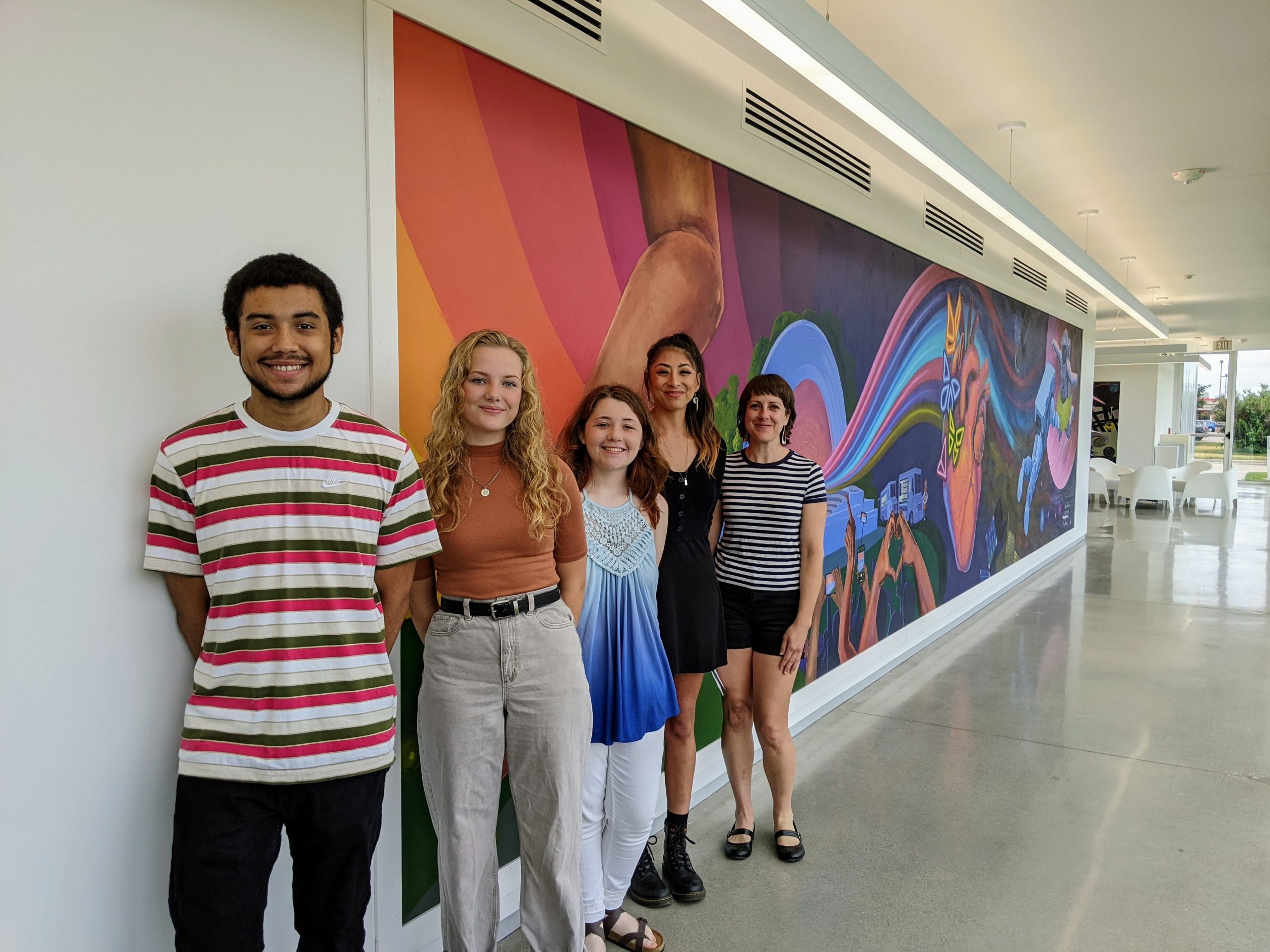