2022 marks the 25th anniversary of the current Sioux City Art Center building, designed by Skidmore, Owings & Merrill in Chicago. To celebrate the occasion, an architectural exhibition seems appropriate. That exhibition, Towers of Tomorrow with LEGO® Bricks, opens on Saturday, May 7. The public is invited to a free reception that evening, 5:00-7:00 pm. The exhibition will remain on view through Sunday, August 7.

Towers of Tomorrow partners some of the world’s most dazzling and innovative skyscrapers with the world’s most popular building brick. The exhibit features 20 astonishing skyscrapers from North America, Asia, and Australia constructed in breathtaking architectural detail by Ryan McNaught, one of only nineteen LEGO® certified professionals in the world. McNaught and his team of builders have used more than half a million LEGO® bricks and devoted over 2,000 hours to build the structures featured in the exhibition.

Among the buildings represented is Burj Khalifa in Dubai, the current tallest building in the world, also designed by Skidmore, Owings & Merrill. Additional towers include: Chrysler Building • Empire State Building • Infinity Tower • Marina Bay Sands • Shanghai Tower • Taipei 101 • Tokyo Skytree • Willis (Sears) Tower • Wilshire Grand Centre. Though most of the Towers of Tomorrow will be on display in the Art Center’s third-floor Main Gallery, the Burj Khalifa is so tall that it will be displayed in the first-floor T. S. Martin Atrium along with the Shanghai Tower.

Visitors will be inspired to create their own ‘towers of tomorrow’ with more than 200,000 loose LEGO® bricks available in four hands-on construction areas. Visitors can add their creations to a steadily rising futuristic LEGO® metropolis inside the exhibition.

Towers of Tomorrow with LEGO® Bricks is a traveling exhibition from Sydney Living Museums and toured internationally by Flying Fish. The exhibition is made possible locally through the extraordinary support from the Art Center’s Blockbuster IV Partners, whose generosity makes this exhibition available for everyone with no admission fee. 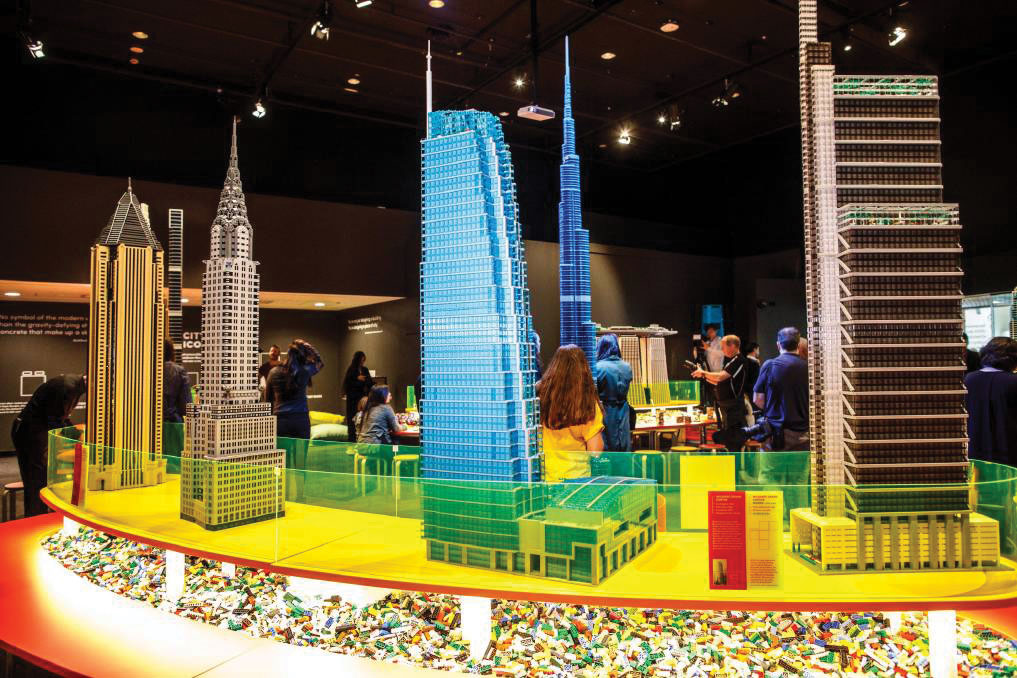