Twenty-five years ago, on March 1, 1997, the building we know and love, the Sioux City Art Center, opened to an amazed public and proud donors from all walks of life. One year later, items from the first year of the new Art Center were put into a Time Capsule in the middle of the Atrium labyrinth, which was sealed with the intent that it be opened on March 1, 2022. At an event that day, the Time Capsule was unpacked and revealed to the guests of the Art Center’s anniversary party.

During the month of March, the Art Center has been celebrating 25 years in the building. The contents of the Time Capsule were put on display on the second floor of the Art Center. On March 5, children had the opportunity to work with teachers and create artworks imagining what they may look like in 25 years. Those artworks, along with items of interest, Art Center memorabilia, and select items from the initial packing will be placed in the Time Capsule and sealed until 2047. Art Center donor families were also invited to include letters, family mementoes, and photos. The items are intended to provide Sioux Cityans of the future a snapshot of life at the Art Center in 2022.

As the Art Center looks to the future, it has embarked on a new endowment to assure that it can provide the community with interesting and engaging programs for adults. The endowment is named for Hubert Everist, Jr., who served during the design and construction of the Art Center as a liaison between the architects and contractors on one side and the Art Center Board on the other. Funds raised as a result of the March 1 anniversary event have brought the endowment closer to completion. However, the Art Center Board and development staff continue to raise funds to complete this important goal. For more information on this endowment and how you can help, please contact Development Coordinator Erin Webber-Dreeszen through the contact information above. 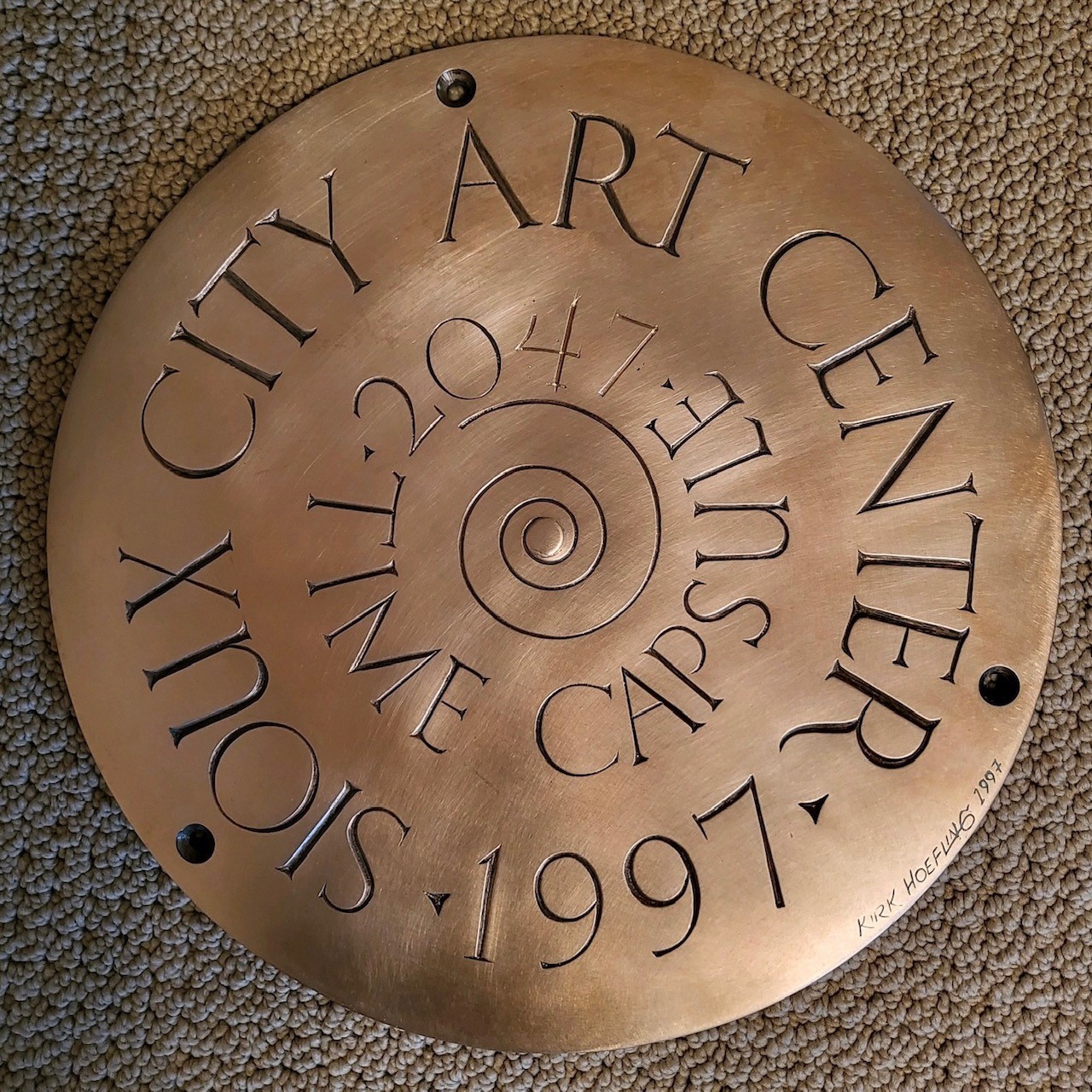